In its own private grounds at the end of a long drive on the edge of the village, the Manor of Lugwardine dates back to William the Conqueror. Passing down through a series of aristocratic hands, in the 13th century it was gifted to the notorious Simon de Montfort, later killed at the Battle of Evesham. It was then passed to Lord Chandos, and by descent through Lord Beauchamp to the Rede family. In a Deed of 1572, William Rede refers to my mansion at New Court and it was almost unquestionably he who built the existing magnificent East Wing. Having borne witness to such a rich past, it is unsurprising that New Court continues to make an impression. 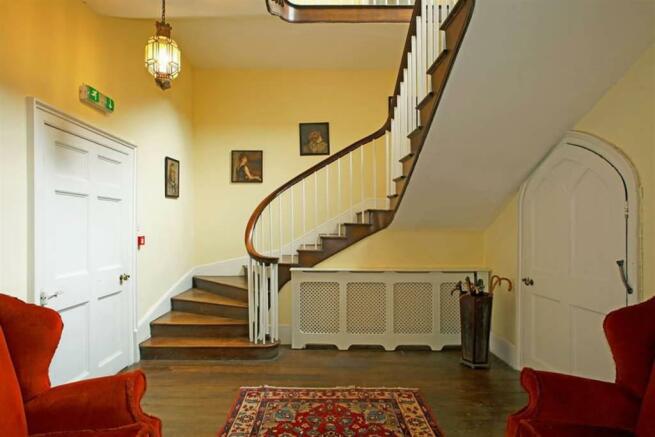 Just had to share this when I saw this beautiful curved staircase! How utterly lovely is that?