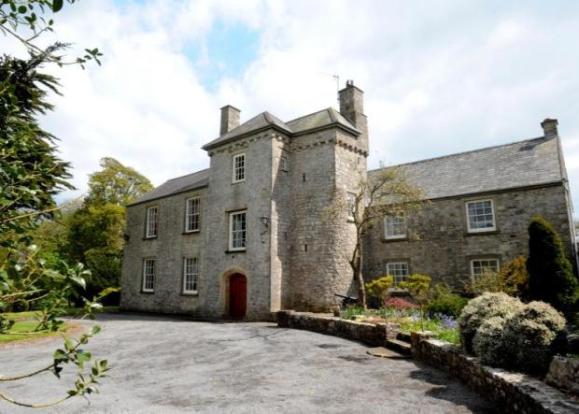 It is possible that the property was first built when Sir Rhys ap Thomas was modernising Carew Castle in the 16th century. The rectory was included in the grant of Royal property to the Bishopric in 1547 in exchange for Lamphey Palace. The fortified element is the central three storey tower and was put to practical use when garrisoned during the Civil War.
A two storey wing, including the vaulted cellar was built in the early 19th century. The fine 18th century staircase, saved from Lawrenny House, was installed around 1850. The church commissioners sold the house into private ownership in 1908.