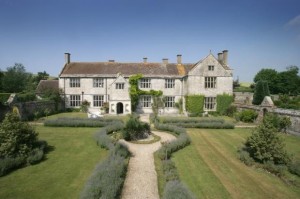 Poxwell Manor is at Poxwell, Dorchester, Dorset. It’s a really beautiful house.
A great deal of history is wrapped up in this amazing building. In the middle ages Poxwell (Derives from Puck’s well), or Pokeswell, was a possession of Cerne Abbey. Following the abbey’s dissolution it was granted by Queen Elizabeth to Thomas Howard of Lulworth and Bindon. He sold it to John Henning, a merchant from Poole, who built the house. His son became Sheriff of Dorset in 1609. The property belonged to the Hennings until 1695 when it passed by marriage to the Trenchards of Lytchett Matravers and Wolverton. It remained in the possession of the Trenchard family and their descendants until its sale in 1977. It is understood that King George III visited the house on a number of occasions. Thomas Hardy used the Manor as Oxwell Hall in – The Trumpet Major – .

This entry was posted in Amazing houses and tagged poxwell manor. Bookmark the permalink.