See Ch4 page about it

In each episode of Phil Spencer: Secret Agent he’ll target one particularly hard-to-shift home. But before he meets the struggling homeowners he will don his surveyor’s hat to assess the property, looking at it through the eyes of a buyer, as well as researching the local area and housing market. 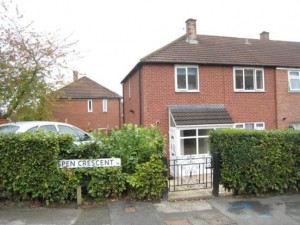 The house he’s looking at is this one

Armed with all the information he needs to make a realistic judgment on why the house isn’t selling, he’ll surprise the owners as their secret agent and outline his opinions – all the good and the bad – before recommending what needs to be done to get their home sold.

My review! Phil views a house and almost mocks the estate agent description as
he probably should – it says recently updated. The house is worn and shabby and this is one of the reasons
it’s not selling. The bizarre stable door nearly catches him and knocks him over.
Worn carpets, scrappy wallpaper, chewed door fittings,

He notices he garden is multiple level and thinks is is stopping it from selling.
It’s also the reason the family want to sell the pretty as they have a child
with a medical condition where a sloping garden means he’s more at risk of breaking
bones,

The advert break is filled with amusement too as there is a house buying ad
that’s almost as annoying as the "we buy any car" ad.


What can Phil digest?. Will astute viewers realize than spending money on a
proper to do it up is the same as lowering the price?

It was filmed in he summer of 2011. He views the house on his own and then
meets the family, who seem really surprised to see him. I can’t imagine
taking part in a tv show without knowing what celebrity would be involved and
given it’s a channel four show Phil is a likely candidate.

How do they take the news? They think they have been living in a show house
for. Phil is gobsmacked at the difference between the agent’s description and
the actual house – it’s not how he’d describe the place.

It appears she’s never heard of a safety gate that would have allowed
her to keep an eye on her child. Cutting a door in half is probably cheaper.

Dirty washing, ironing waiting to be done make the house look messy and puts
people off.

The outside needs tidying up and the parking space is a bit odd but given the
height of the road from the house it’s needed.

Phil plans to have the house read to sell in two weeks.

He puts together his own particulars to point out just the brutal truth.

He checks out the competition. 130 similar within a 3 mile radius. Would have
been interesting if they had mentioned floor space as a comparison,

Again he is pointing out the misleading estate agent details can mean you get
viewings but people aren’t prepared for what they actually see.

He’s pointing out to other vendors to show potential of the property and to
tidy up outside.

Phil gets a decorator in and tells the kids to tidy up. They also get a carpet
fitter in.

The show is an hour long. The house doctor and Andrew Winter have all done
this before Phil. It’s nothing new although he’s not actually told the,
to decluttering yet. Although their house isn’t that bad, apart from the garden,
just some Painting and sorting the doors out and getting new carpet will make
a difference.


Now he’s got people viewing houses. A couple who want a family house are being
sent to view a tiny flat. He shows them the house he looked at before – the
one that has potential. It’s still not looking 100% but bits have been done.

Phil asks what feedback the viewers have had. Lack of privacy and lack of one
level in the garden are a key issue.

Landscaper comes in to see what could be done with the garden.

Suggest tidying up and maybe bamboo screening. The landscape gardener gets to
work! How much does that cost?

The garden looks loads better with plant screening around the car space.

Open day arrives; Phil has a few buyers lined up.

Phil admires the changes including the bowl of fruit lifestyle touches, and
a copy of hello magazine. Garden is very tidy, laurels around car space, make
t look much more private. Pictures and bedding refresh the bedroom along with
a new cook making it feel like a sanctuary inside the busy house.

They get other propel including an investor to look at the made over house.
Landlord reckons 600-650 rent a month for it. He would pay 90-95k for it – a
huge chunk below the offers over 115k asking price.

Jonathan. And his wife Anna comes back a few days later to view it. I get the
impression she didn’t like it.

At the very end Phil says they have accepted an offer of £116,000. We
don’t know if it’s from the couple but I think if it had been they
would have said.