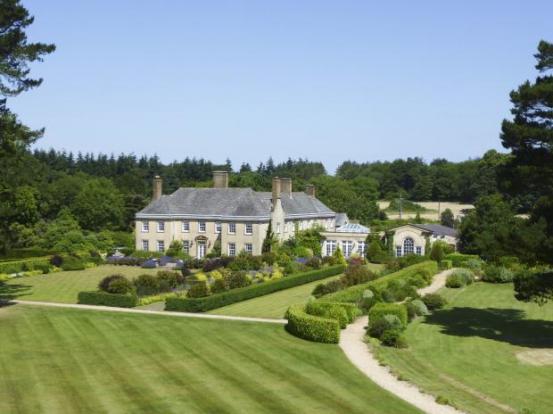 Hethfelton House is approached by a tarmac drive which leads to cast iron gates mounted on stone pillars. Beyond this is a gravel carriage drive which leads to a turning circle and parking area to the side of the house. A spur of the drive from the turning circle takes you to the Rivington (coach house).
It is understood that there has been a house here as far back as the 11th Century, at which time Hethfelton was owned by Bindon Abbey. A Georgian manor house originally occupied the site but this was unfortunately destroyed by fire in 1923.
The current house was constructed soon after in 1929 using the
original cellars as a footprint, and although it has the benefit of Georgian proportions it has the advantage of not being listed.

Aerial photo is interesting! The pool is very elegant.