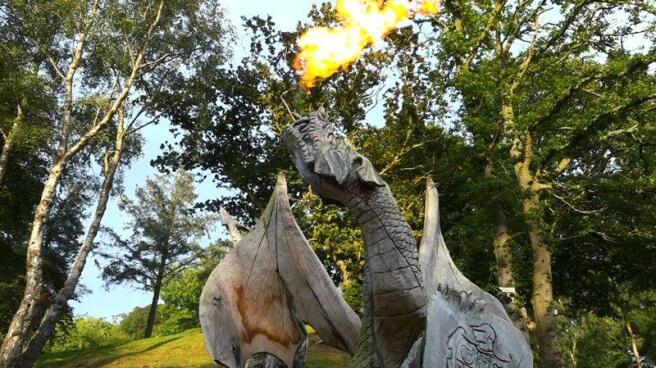 21st century castle surrounded by magnificent panoramic views set in the picturesque setting of North Wales. The Castle is to be sold along with its surrounding 46 acres of land.

Upon first inspection one would consider the Castle to belong to the 18th century. However it was actually only recently completed in 1994 making it one of the youngest castles in the country. Construction of the castle originally began in 1977 and was completed in four phases by architect John Taylor who constructed this property for himself. The current owner has left no stone unturned throughout its latest renovation with upgrades to its interior as well as a new additional wing and a triple garage.

The property is tastefully littered with artworks crafted by well known craftsmen with the first being a dragon carved out of a 200 years (approx) tree which actually breathes fire upon a guests entry through the gates.