OK, so it’s not a normal house at all, it’s a beautiful tudor manor house.
But with such a huge fireplace! 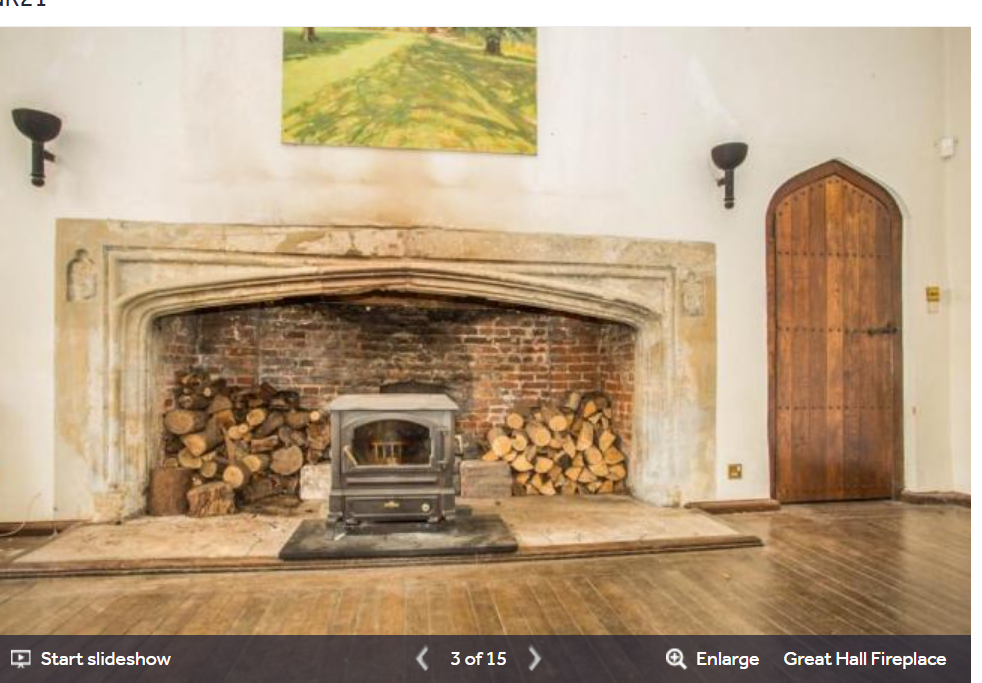 Purported to have been built in or around 1520, Barsham Manor House has played host over the last five centuries to many guests, from monarchs, knights, politicians and celebrities to latter day rock legends. Its most famous guest was undoubtedly King Henry VIII who stayed here on at least five separate occasions (never with the same wife!) whilst visiting the nearby shrine to our Lady of Walsingham and, whilst The Manor’s construction has always been attributed to Sir Henry Fermor, Henry VIII once referred to it as “my small country palace in Barsham.”