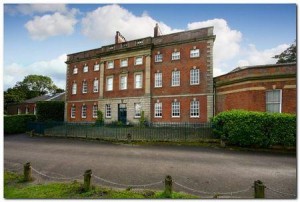 Alkrington Hall West is a beautiful house set on the edge of parkland in Middleton in North Manchester.
The house is at the top of the Alkrington Woods conservation area and faces open parkland so it feels almost rural.
Inside the rooms are huge and airy with a feeling of luxurious space.
Alkrington Hall in Middleton was built for Sir Darcy Lever and the house was split into two sections in the early 1990s and overlooks the Irk valley.
It’s described in it’s listing as flats – I can’t quite work the layout out but suspect the house is divided up the middle somehow with an inside entrance.

This entry was posted in Amazing houses and tagged Alkrington Hall West. Bookmark the permalink.